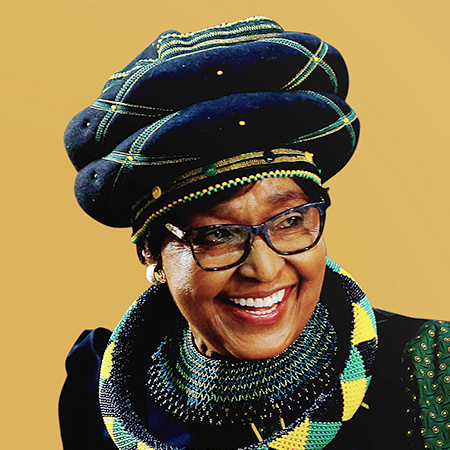 "They think because they have put my husband on an island that he will be forgotten. They are wrong. The harder they try to silence him, the louder I will become!"

– Winnie Mandela avenging the imprisonment of her husband, Nelson Mandela, in 1962.

With the recent death of Winnie Mandela, an anti-Apartheid Freedom Fighter, author, and political figure, South Africa’s complex history is once again in the spotlight. Winnie was a force to be reckoned with for the apartheid police state, and became a prominent representative of her husband, Nelson Mandela, while he was in prison. Throughout her career in activism, she wrote two novels recounting her experiences with the Freedom Fighters.

South Africa is characterized as the Rainbow Nation. With a rainbow of cultures comes endless languages, so one has to wonder...while Winnie was translating her husband's revolutionary voice to the public while he was in prison, who were the professional translators behind Winnie Mandela’s novels?

So who translated Winnie Mandela? Because her books were written in English, and because of the lack of majority interest in South Africa’s “sublanguages” it is difficult to find translations of Mandela out of the English, French, and German. However, while her husband was in prison, Winnie served as a political translator of her husband’s ideas to the world. They imprisoned Nelson but underestimated Winnie’s command of the issues the Freedom Fighters sought to liberate South Africa from. Thanks to Winnie, South Africa’s liberation was not jailed with Nelson Mandela.

Tolika is an application that helps South Africans translate other South African official languages to their own.